He wouldn’t look at me. The vestige of the body he found so alluring, once, has become a grody apparition-dreaded and vapid. So like a crumb of bread, jilted and forgotten for weeks on end, beneath the table. I move and stand behind him, sometimes beside him and then stymed and frantic, in front-in his ambit of vision. He turns away ,and quite suddenly finds a divination in the astral heavens, the leaves start metamorphosing for his sole revelry ,apparently  thriving on his very  attention. My heart begins filling with despair, my mind with impudence and flout. Nobody dares ignore “Tanmayee”. The beauty, he had me believe in, is. The eyes that idolized him are the same, adulation and all. Even the mind filled with the same rubble of ruminations and quaint ideas, which were so enthralling to him, time was.

I stand there, stock-still, benumbed into inertia, anguished into silence. The will to accost or beckon him, seeping out of me costively. I feel like a balloon languidly deflating into nothingness, into zilch or a timber slowly dwindling into ashes-to be blown about  wantonly  by the wind. Mind insensate, tongue obtund, i watch him swagger about, rosy and complacent, in the comfort of his sphere. I whirl about and retrace my steps back to my house, and well-nigh collapse on finding myself standing before his door. I bolt from there, scorched. All the memories of love-soused moments, cascading behind my eyes, drenching my face wet. I wish I could wipe away, with a brush of my hand all the recalls, dreams ,hopes and expectations-both tangible and conjured; wipe away the slate of my heart clean and start over, but if only life were that facile!

The night that followed was squandered jactating, like ever so many of its predecessors. Peace was elusive, repose even more so. Sleep fickle.

Rays of hope filtered through my window next morn, as I catch a glimpse of his blinds pulled back, but an epoch later, all is sable in my heart again. I see him not.

I see him not for days on end. Emotions of any kind appear extraneous to me. I drift through life, like an automaton, drowned in perennial silent despair. Lost. A quarter of a month passed, and fate was  up to its snares again. As i stand in my balcony, staring into oblivion, I hear a cadence of resonant laughter – familiar in ring, enchanting in content. My hopes revive. I skirt to the door and on opening it espy a woman, beautiful, wispy and effervescent walking away with her arms entwined with….with…..

Threshold of my grit had been breached. I stand rooted, mind screeching denial, consciousness hounded, pressured, conniving for escape. I slid back mutely, lay down, mind still incessantly darting about, looking for a route of extrication.. Aeons seems to have passed, cosmos work around the clock, without halt, uncaring. The twin cycle of night and day, day and night over and over again, right before my unblinking eyes. The being inside my body convulsed, as it reached finally, for a sterile ‘strip’ of atonement and sleep. The pills felt ligneous in my parched, “famined” mouth…..
The doorbell seemed to cry out, ever and anon and soon it thundered with stoic determination. So much chaos, too much bedlam inside my head. I lug my body to the door to put an end to the deafening din and through the clink see him standing, gazing at me with a soft inquisitiveness, then fluster, then horror. Soon after I get an impression of being cosseted rather avidly and i double as waves of nausea wash over me, ending eventually in churning out little pebbles of arid achromic affliction. I feel myself being held, winnowed and hoisted inside as a voice as honeyed as church carillons pour into my ears and my eyes find their salvation in his tears.

A gossamer smile is born to our lips. All is whole again, in this part of the world!

Article published by More Reader Team. More Reader is a lifestyle and fashion blog. We also publish posts based on the topics like environment, technology, food and drinks and short stories. 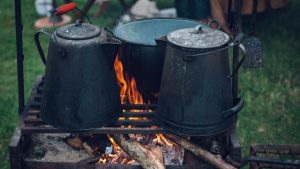 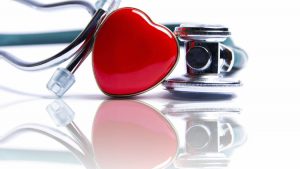